The South Jersey Chapter of Jack and Jill of America, Incorporated, now in its 66th year,  continues to thrive as an organization dedicated to nurturing children, our future African-American leaders, in the South Jersey community. 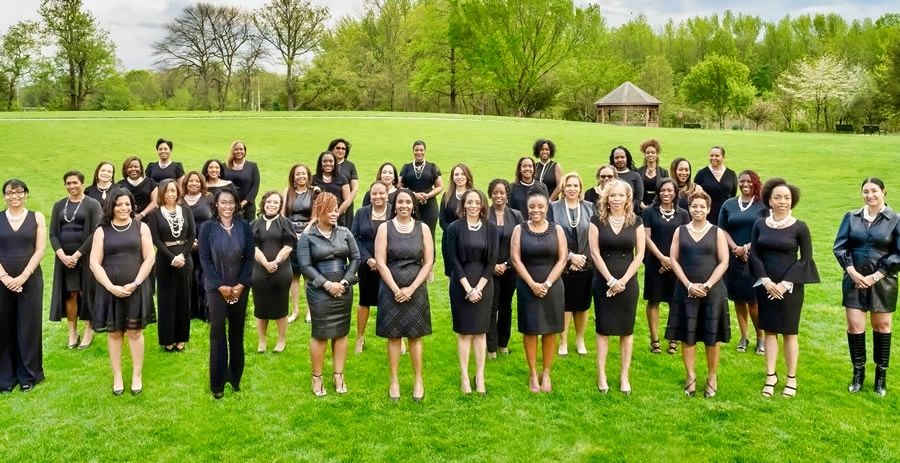 “Our Brilliant Sisterhood of Mothers in the South Jersey Chapter still boldly embrace the noble objective which inspired our founding members to create Jack and Jill of America, Seeking to provide the same advantages to other children that we desire for our own”  ~Jackie Lopez-Perry, President The chapter originally had its roots in the Burlington – Bordentown area with members from as far North as Florence and as far South as Bridgeton. The willingness of members to travel required distances for meetings and activities was indicative of the dedication and the intentness of purpose these mothers shared.

South Jersey Chapter, which was sponsored by the Atlantic City Chapter of Jack and Jill, was officially installed in the National Organization on October 13, 1954. Conducting the installation was then National President, Mrs. Nellie Roulhac, of Philadelphia.

In the more than five decades since installation, the South Jersey Chapter of Jack and Jill have continued to function as a valuable asset not only to the families of its members but also as an outreach resource to a variety of community agencies as well. In addition, South Jersey has sponsored chapters in neighboring communities, namely: Burlington / Willingboro, New Jersey; Cumberland / Salem, New Jersey; and Wilmington, Delaware.

On March 12th, 2005 South Jersey celebrated 50 years (1954 – 2004) of leadership and service to children and families with a magnificent 50th Anniversary Gala – “Down Memory Lane with Jack & Jill”. Every chapter member, including associate mothers past and present, participated in the event. One of the highlights was a performance of Hello Dolly by all of our South Jersey Jack’s & Jill’s.

During the 2011-2012-program year, the chapter continued to support the ideals of Jack and Jill of America, Inc. Our national celebrations included a weekend of support for two diabetes fundraising walks, a night with the Harlem Globetrotters to show appreciation for our dads, and a health fair, planned in collaboration with a local chapter of Links, Inc. Our Distinguished Mother was our Vice President, Lisa Lopez. Lisa had the honor of receiving her award from past National Vice President, Tammy King, at the Philadelphia Marriot during the 75th National Convention in July 2012. The South Jersey Chapter had a strong showing of support as many members supported the convention through service on committees, volunteer assignments, and participation at the various events and meeting. Rita Hawkins, our president, served as the chapter’s delegate and Lisa Lopez, vice president, was the alternate. In addition, Marilyn Allen, Lisa White, Robin Miller, Charmen Douglas-Pinkard, Tracy Lackey, Pamela Bolden, Felicia Collins, Dianna Cassey Warner, Tanya Jackson, Dawn Williamson-Mc Bean and Dara Johnson participated in convention activities.

In honor of our organization’s 75th Anniversary, the members of the South Jersey Chapter of Jack and Jill of America, Inc. hosted a Jack and Jill Legacy Breakfast on Saturday, January 26, 2013. At this event, we honored seven amazing individuals who have carried on the Jack and Jill legacy in the areas of Health, Social Services, Education, Religion, Business and Technology, Law and Justice and the Arts. Honorees included Vicki St. Martin, Dorothy Harper, Benjamin White, Lynn Johnson, Navarrow Wright, Michael Bolden and Ricardo Khan. Approximately 350 guests attended this exciting and inspiring event. As we celebrated the legacy of our organization, we cultivated the legacy of others by donating to various charities selected by our honorees.

In March 2013, twenty-four current, past and future mothers of the South Jersey Chapter of Jack and Jill Inc. met at Brio’s Tuscan Tavern in Marlton, NJ to celebrate Associate’s Appreciation Day. The mothers in attendance examined artifacts and pictures from our past, which provided an opportunity for us to benefit from the advice and guidance of our founders and past members. The importance of the work that we do as Jack and Jill mothers was reconfirmed by our observation of how similar the challenges of today are to those of our founding members more than 50 years ago. In the 2016-17 Program Year, the chapter was awarded for Outstanding Community Service and completed a Reading Corner Grant at the Lawnside School. The Salvation Army Kroc center recognized the service committee for impactful service to the Camden Community. 2017-18 was a busy and successful program year! Chapter wide initiatives such as our SNAP to Action Legislative Forum and the establishment of our Gavel Club have provided a great leadership resource for our children. The Foundation Committee’s successful completion of a second Reading Corner at the urban Promise Camden Forward School and Ladies Night Out Health Fair in Philadelphia are examples of South Jersey’s dedication to community development. The chartering of our own Associates Chapter acknowledges the importance of cherishing our past to enhance our future. Our chapter was fortunate to reunite with a charter Mother Cordelia Lane (pictured above) and to celebrate her 90th birthday.

In March 2018, during the 68th Regional Conference, our intelligent, beautiful and talented teens captured awards for their banner (1st Place) and their display (3rd Place).

In July 2018, during the National Convention in Kansas City, the South Jersey Chapter was recognized as a 5-Star Chapter of Excellence. During this same convention, our chapter received the following National awards – 2nd Place Legislative for our SNAP to Action initiative, 3rd Place Programming (Education) for our Teen Financial Camp. We also received the following Regional awards – 1st Place Legislative (SNAP to Action), 1st Place Gavel Club.

South Jersey has a legacy of service, leadership and philanthropy that will continue.